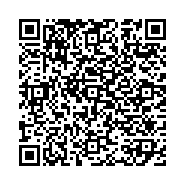 Background: Aural polyps consider as one of the most notable progressive lesions of middle ear. Chronic otitis media can result in development of aural polyps that ascends from the tympanic cavity outwards to the external auditory canal, leading to tympanic membrane perforation and hearing loss. Morbidity and mortality are usually rare, however, failure of diagnosis or prolonged negligence by the patient could increase the likelihood of cholesteatoma or malignant squamous carcinoma.

Aim: To investigate the causes of middle ear aural polyps in adult patients selected from Kut and Diwaniyah cities in Iraq.

Methodology: 40 patients which of those 14 males and 26 females were included in this study based upon the clinical manifestation of the illness and the suffering from a mass in the tympanic cavity, partial or complete hearing loss, otorrhea and dizziness. Otoscope was used to confirm location, shape, size of the polyps, and the status of the tympanic membrane.

Conclusion: Aural polyps are rare disease in Iraqi patients. However, treating and monitoring patients with ongoing chronic otitis media is essential in preventing the development of aural masses in middle ear and other complications if left untreated. Early diagnosis and treatment can prevent reoccurrence and other complications.

Chronic otitis media can result in development of aural polyps that ascends from the tympanic cavity outwards to the external auditory canal, leading to tympanic membrane perforation and hearing loss [1]. Most commonly these lesions are non-cancerous in its nature and can be examined as an abnormal and extensive mucous membrane growth rich with soft granulation tissue in the early stage of the disease [2]. Later, fibrous connective tissue replaces the soft granulation tissue and transforms the polyps into a hard mass that takes the dark pink or red color with chances of creating the circumstances for tumor development [3]. Polyps can develop due to continuous irritation or infection of unknow origin of the middle ear and the external auditory tube [1,4]. The disease can progressively develop otalgia and otorrhea that can be felt by the patient [5]. Morbidity and mortality are usually rare, however, failure of diagnosis or prolonged negligence by the patient could increase the likelihood of cholesteatoma or malignant squamous carcinoma [6].

In contrast to the embryonic cholesteatoma which originates from abnormal localization of mesothelial cells behind the tympanic membrane during fetal development, acquired cholesteatoma arises from hyper proliferated mucosal lining of the middle ear, caused mainly by irritation or infection of the middle ear [7]. It has been estimated that just over one-fifth of patients with otitis media suffer from cholesteatoma [8]. The exact etiology of the disease is still a matter of debates among specialists [9]. However, it appears that environmental and genetic predisposing factors can stimulate development of the acquired cholesteatoma [10]. Cases with otorrhea and tympanic membrane perforation by the polyp’s mass should not always be excluded from being congenital cholesteatoma. In fact, reports found that there are still significant number of observed middle ear hypergrowths that cannot be accurately defined or classified according to nature of origin [11].

Although cholesteatomas can be a benign progressive growth, pathological complications are usually associated with progressive nature of the damage to the area surrounding the polyps site including the ossicles, the aditus ad antrum and the mastoid. It has been found that the inflammatory process could produce lytic enzymes, attracts immunological factors to the infection site, and to recruits osteoclast that can result in resorption of the bony structures of the middle ear and that might extend to the adjacent areas involving part of the face, neck and the brain. Therefore, extensive head and neck examination is essential and necessary for every case suspected with cholesteatoma. Aural polyps can also develop from middle ear neoplastic adenoma or tumor squamous carcinoma [1,12]. Both can rarely happen, in extreme cases though, higher grade of malignancy and metastatic behavior can be present at clinical and microscopic investigations [13].

Best approach in treatment and management of the disease depends on the nature of the aural polyps. Commonly, simple hypergrowth of mass of tissue with no visible complications of the aural polyps to the surrounding area of the middle ear can be surgically removed with good prognosis [14]. However, cases diagnosed with cholesteatoma and carcinoma are inherently requiring further interventions that are associated with higher incidence of recurrence without any possibility of restoring hearing to that normal state [6]. Cholesteatoma in children has been documented with the aggressive complications, this is due to the nature of the temporal bone in children that facilitates fast growth of cholesteatoma. Special care should be taken in such cases [15].

40 patients which of those 14 males and 26 females were included in this study based upon the clinical manifestation of the illness and the suffering from partial or complete hearing loss, and dizziness. Otoscope was used to confirm location, shape, size of the polyps, and the status of the tympanic membrane. Patients’ information was collected, and diagnosis was performed at the Consultation Department of ENT of Kut and Diwaniyah teaching hospitals. Samples collection commenced in April 2020 to April 2022. Patients with signs and symptoms of ear diseases other than aural polyps were excluded.

Statistical analysis, patients’ information was collected on Microsoft Excel 365 software. Data were then processed for statistical evaluation and level of significance with other correlative examination on Statistical package SPSS (version 26, USA) software. P<0.05 was considered significant.

Results showed that the mean age of the involved patients in the study was (44.65 ± 10.9) years. Minimum age in the study was (20) years, and maximum age recorded was (60) years. Classification of age into age groups was performed to four categories, as shown in table 1. The highest number of individuals were allocated in the age group (41 to 50) years, were 13(32.5%), then followed by the age group (51 to 60) years that included 12(30%) patients. Lesser number of individuals were distributed into the groups that are younger than (40) years of age, figure 1.

Table 1: Shows patients’ characteristics and causes of aural polyps in the selected individuals.

Figure 1: Shows percentages of reported cases with cholesteatoma, inflammation, and carcinoma in the included individuals (n=40).

Figure 2: Shows mean and standard deviation of age in years of both men and women. No significant difference was observed, p=0.40a5.

The clinical examination showed that there were 27(67.5%) patients with cholesteatoma, 10(25%) with inflamed mass in the middle ear, and 3(7.5%) were with visible signs of cancerous tumor, as shown in figure 2. Correlative analysis showed no significant correlation between age and causes of aural polyps (p=0.664), and no correlation between sex and causes of aural polyps (p=0.524), figure 3.

Figure 3: Shows classification of the causes of aural polyps according to the sex and age of the patients. No significant correlation was observed.

Aural polyps consider as one of the most notable progressive lesions of middle ear4. Progressive hypergrowthed mass of tissue that develops inside the tympanic cavity which grows towards to the external ear is evidently resulting in otorrhea, otalgia, and hearing loss due to perforation of the tympanic membrane [5,16]. Aural polyps are being recognized as a very significant type of disease that effects human lives. This is due to the association of the disease with the severity of the otitis media, and to the continuous pain and discomfort and the magnitude of other symptoms such as hearing loss, dizziness, and chronic drainage from the ear [1].

Clinically investigated patients included in this study revealed three types of aural polyps have been identified in the middle ear, cholesteatoma, inflamed mass, and cancerous polyp. In addition to the mass that mostly were found attached to the anterior wall of the tympanic cavity, our patients were also suffering from chronic otitis media, diminishing hearing, foul smell in the ear with presence of yellowish discharge and earache.

Although, number of people with cholesteatoma have been seen declining annually, there are about five million individuals suffering from this condition globally. The reduction in acquiring cholesteatoma is because of improving the quality of education that impacted individuals with higher awareness toward their personal health, plus the greater distribution of health care centers and the development of medication and the imaging techniques compared to last decades [8,20].

10 of our patients were presented with signs and symptoms of inflamed mass in the middle ear, and cancerous tumor were seen in only 3(7.5%) patients. Men and women were found equally affected by the progressive aural polyps, no significant variance was observed, p=0.524. Similar findings were also obtained by Kalra and other 18 who found that sex and age were found as non-predisposing factors for aural polyps development. Olszewska et al. [21] on the other hand found men are at higher risk of developing cholesteatoma compared to women. Similarly, Baráth et al. [22] reported positive association between cholesteatoma and people from certain genetic and racial background. It appears that number of environmental and familial genetic factors could contribute significantly to developing aural polyps. However, due to the still unknown exact etiology of aural polyps, genetic studies might take years before identifying the specific inherited gene or cluster of genes that might contribute significantly to induce the abnormal growth of polyps.

The study also revealed that cases with cholesteatoma were found in patients at their third and fourth decade. Comparable observation has been made by Agarwal and others [1]. In fact, cholesteatoma was almost equally found in men and women at the age group that extends from above thirties to below sixties. The study also revealed age difference among men and women in cases of inflamed mass of the middle ear. Women were at higher age gap compared to men that suffered from this condition. It was found that only women at age 45 years and above developed this condition, whereas men were reported at much younger age group of which that extends from above twenties to below 45 years. However, cancerous masses were found in patients at the highest age group of above 50 years of both sexes. Tumor carcinomas were found in only two men and one woman with bloody discharge and history of chronic ottits media. Comparable results were made by other studies highlighting the minimum likelihood of neoplastic development associated with masses in the middle ear [23-25]. Due to the higher proliferation of squamous epithelium in tumors of the middle ear, most of the neoplastic development is squamous cell carcinoma. In such cases, polypectomy is preformed along with the surrounding affected area then followed by radiotherapy. Prognosis of cases with neoplastic development in ears is generally grievous, this is usually to the delayed diagnosis and to the extensive spread of the disease to the areas surrounding the ear and the metastatic behavior of the tumor [12].

Aural polyps that lack neoplastic characteristics are usually treatable and can be easily managed accordingly that can prevent any future reoccurrence. In this study all patients had simple aural polypectomy. However, retaining hearing capability in the affected ear is still challenging after perforation of the tympanic membrane by the polyp.

The study highlights the importance of treating and monitoring patients with ongoing chronic otitis media. This condition could lead to sever complications of aural polyps and hearing loss if left untreated. Providing early diagnosis and the appropriate treatment to patients can prevent reoccurrence and other complications. Genetic studies on the etiology of aural polyps are therefore essential in reducing mortality and morbidity of the disease.

The authors declare no conflict of interest.

2Department of Surgery, College of Medicine, University of Al-Qadisiyah, Iraq.