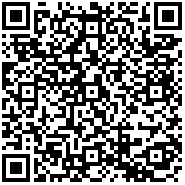 Etiology of Tinnitus on CT and CBCT: A Narrative Review

Tinnitus is commonly depicted as a ringing within the ears, but it can sound like roaring, clicking, hissing, or buzzing. It is a symptom that shows something is wrong in the auditory system, which includes the sound-related nerve that interfaces the inward ear to the brain, and the parts of the brain that handle sound. Generally, the causes of tinnitus include: Otologic causes, Neurologic causes, temporomandibular joint, and masticatory muscle disorders. Causes of tinnitus can be diagnosed with CT and CBCT. A CT scan or computed tomography scan is a medical imaging technique used in radiology that can obtain detailed internal images of the brain and CBCT is a developing imaging technique designed to provide relatively low-dose high-spatial-resolution visualization of highcontrast structures in the head and neck and other anatomic areas. CBCT has a lower radiation dose, shorter imaging time, and better resolution than CT. This chapter reviews etiology of tinnitus on CT and CBCT.

The correlation between otological symptoms and mandibular dysfunction, manifested by ear pain, tinnitus, and ear congestion, has been widely reported [1-3]. Such otic symptoms may be due to the auditory system but are usually associated with other illnesses (secondary symptoms). Anatomical studies of some corpses have examined tunnel-like structures such as the petrotympanic fissure that connects the temporomandibular joint to the tympanic cavity [4-8]. However, there are no clinical reports that could relate these otic symptoms to air connection between the mandibular cavity and the middle ear [9,10]. Tinnitus is a common disorder characterized by the perception of sound without an external source. The most important risk factors for developing tinnitus are age, hearing loss, and gender [11]. Functional imaging studies such as CT scans and CBCT of tinnitus patients have shown changes in neuronal activity in the central auditory pathway of tinnitus patients [12].

About two-thirds of people with tinnitus can alter the loudness and pitch of their tinnitus via somatic maneuvers, such as jaw clenching or tensing their neck muscles [13-15]. Moreover, tinnitus is often associated with temporomandibular joint disorders (TMJ). This association was explained by Costen in 1934 and confirmed by several studies reporting an increased prevalence of tinnitus in patients with TMJ dysfunction [16]. Causes of tinnitus such as TMJ can be diagnosed with CT and CBCT. CT is of great value in assessing the condition of the middle ear cavity and labyrinth, but despite the use of very thin adjacent slices, CT is not yet a complete technique. Recently, the researchers have concluded that medical CT cannot be used as the exclusive gold standard for tinnitus. The use of Cone-Beam Computed Tomography (CBCT) was first described by Mozzo et al. and has been proposed for maxillofacial imaging over the last decade [17-19]. Furthermore, CBCT offers the main advantages of lower radiation and thin slices over Multi- Detector Computed Tomography (MDCT), as well as the ability to import and export individual, non-overlapping reconstructions. Generally, CBCT provides higher spatial resolution compared to CT [20,21]. In addition, these opportunities and increased access to CBCT imaging, especially for surgeons, enable widespread adoption of this modality17 Therefore, in this study, we investigate Bone and pathological variations in the temporomandibular joint and ear area on CT and CBCT images that cause tinnitus.

We carried out this study using several databases such as ISI Web of Science, SID, Scopus, Google Scholar, Science Direct, and PubMed to search for English language publications. We also reviewed references cited in these studies, and articles reporting the causes of tinnitus were examined in CT and CBCT. Our main keywords were Tinnitus, CT, CBCT, TMJ (Table 1).

Table 1: Summary of descriptive characteristics of studies in included articles.

Imaging of the Head and Neck to Diagnose the Cause of Tinnitus:

Imaging of the head and neck is indicated only if the patient has:

2-Pulsatile tinnitus, which may suggest a vascular anomaly; this is excellently investigated by Computed Tomography (CT) angiography in the general practice setting

3-Asymmetrical hearing loss, is defined as a difference of ≥10 dB or more on both sides at three or more frequencies. Such patients require an MRI of the cerebellopontine angle and internal acoustic meatus (MRI-CPA/IAM) to rule out a vestibular schwannoma.

4-Focal neurological deficit: 5-Otosclerosis generally occurs in the first 30 to 50 years of life and presents with a slowly progressive hearing loss and regularly with coexisting tinnitus – a tuning fork exam will recommend a conductive hearing loss that can be confirmed by audiometry; in this situation, CT of the temporal bone is warranted. Temporal CT may also be indicated in the setting of trauma to the head and if a cholesteatoma is suspected22 (Table 2).

Table 2: Summary of descriptive characteristics of studies of CBCT in included articles.

Imaging Options and Strategy for Tinnitus: The initial selection of imaging is based on the clinical and otoscopic evaluation. This should include identification of the site, character, (soft/intrusive, arterial/venous, objective/ subjective, intermittent/constant), and potentially reversible systemic causes [23].

Traditionally, multi-detector CT is the modality of choice for examining tinnitus and pulsatile tinnitus in patients undergoing normal otoscopy. Moreover, CBCT can be the right way to diagnose tinnitus [23].

CT: The CT is a non-invasive method to provide detailed views of both the soft and hard tissue of the TMJ region. Because internal derangements of the joint contain each of those structures, CT can offer a useful device with inside the study, diagnosis, and treatment of various disorders of this nature. However, it is extremely important to create a close working relationship with the radiologist who will carry out these studies [24,25]. Only with a reasonable clinical trial and information to be communicated to the radiologist can be achieved true benefits [25,26].

Since CT scans are available across the country, this technique should be available to almost every doctor in the country. CT can be useful in both diagnostic and therapeutic modalities of temporomandibular joint and tinnitus [25,27]. As a diagnosis, it can provide a tomographic examination of the osseous structures of the condyle, fossa, articular eminence, and surrounding hard tissue [25,28]. By various slices, perspectives of the medial and lateral poles in addition to the central portions of the region may be obtained. In this way, developmental abnormalities, fractures, various arthroses, neoplasias, tumors, true ankylosis, cysts, and different bony abnormalities maybe found [25,29]. Therapeutically, CT can assess the success of treatment aimed at restoring the correct facet condyle relationship. However, the great advantage of temporomandibular joint CT is that it can inspect the soft areas of herniated discs. You can see how the disc is related to the condyle, especially by using CT enhanced by blink mode [25,30]. If you take a series of views in both the closed and open positions, you can observe the diskcondylar relationship throughout this range of motion [31].

CBCT: Cone-Beam Computed Tomography (CBCT) is used as the diagnostic imaging technique of choice to evaluate the hard tissue components of the temporomandibular joint (Table 3). CBCT employs a cone-shaped X-ray beam to record the images of the craniofacial structures. These images can display hard tissues in the three anatomical planes i.e., sagittal, axial and coronal. It also aids in threedimensional reconstruction through specific software [32-36]. CBCT imaging uses a 9-inch Field of View (FOV) to include craniofacial anatomy [20, 21]. Cone- Beam Computed Tomography (CBCT) is the currently selected test. CBCT has a lower radiation dose, shorter imaging time, and better resolution than CT. CBCT can generate data for all 2D images, including panorama, axial, peraxial, lateral, and front and back X-rays, as well as 3D images. Today, CBCT examinations are increasingly needed in complex cases because they can capture different types of X-ray images with a single low dose of radiation [37-39].

Table 3: Summary of descriptive characteristics of studies of TMJ in included articles.

Etiology of Tinnitus in the Temporal Bone

Temporomandibular Joint (TMJ): Tinnitus and other ear symptoms are commonly reported in patients with unspecified Temporomandibular Joint (TMJ) dysfunction. The prevalence of tinnitus in these patients was significantly higher than in the epidemiological materials [22,23]. The cause of the ear symptoms has remained unclear. Several authors have considered this an incidental or unrelated finding, while others have suggested a causal relationship between tinnitus and TMJ disorders, basing their conclusions on clinical and epidemiological, anatomical, and histological studies [23-26]. The temporomandibular joint and the auditory organ are anatomically and phylogenetically related. A direct relationship between joint structure and the middle ear has been reported and is associated with ear symptoms in patients with TMJ disorders [4,23,26,27]. Further research is needed to establish a possible correlation between TMJ orthopedic disease, such as disk displacement, and otologic symptoms, such as tinnitus [23] (Tables 4,5).

Table 5: Summary of descriptive characteristics of studies of Tinnitus associated with a history of trauma to the head in included articles.

Sigmoid Sinus Diverticulum (SSDD): About 4% of patients have pulsatile tinnitus (PT). This is defined as the perception of somatic sound synchronized with the pulse in the absence of external acoustic stimuli [40-43]. There are many causes for PT, but Sigmoid Sinus Diverticulum and/ or Dehiscence (SSDD) is the most common and treatable causes [43-45]. In many studies, sigmoid sinus sounds or vibrations of the sigmoid wall caused by blood flow are transmitted to the inner ear via the dehiscence sinus plate of the temporal bone and air cells and are finally recognized as PT. Therefore, air cells in the temporal bone can be an important factor in the development of PT [43,46].

Trauma to the Head, Ear or Neck: Tinnitus is often associated with a history of trauma to the head, particularly to the neck or head [48,49]. Damage around the auditory periphery can cause neuroplastic organization of central auditory and non-auditory pathways [12,50]. These changes often mean both an increase in spontaneous firing rate and an increase in neural synchronization Also abnormal somatosensory input from the neck or trigeminal nerve induces increased neural activity in the central auditory pathway and can cause tinnitus [51-53].

Jugular Bulb: Jugular bulb abnormalities can be identified in association with a variety of symptoms, including pulsatile tinnitus and vertigo [54,55]. Many authors have reported an association between pulsatile tinnitus and jugular bulb, such as aneurysms, diverticula, a highriding or laterally placed jugular bulb. In these situations, endovascular treatment has been successfully used, primarily with the nullification of tinnitus [56-59] (Table 6).

Table 6: Summary of descriptive characteristics of studies of Jugular bulb in included articles.

To date, there have been several studies on tinnitus, its causes, and ways to diagnose it, which shows that each cause of tinnitus needs a different diagnostic way. Depending on the type, doctors may use CT and MRI imaging. Preliminary results show that CTA / V can be a valuable imaging tool, especially for detecting the type of Pulsatile tinnitus. There is another way to diagnose tinnitus. CBCT imaging provides high-quality images of the head and neck and other anatomical areas. CBCT has a lower radiation dose, shorter imaging time, and better resolution than CT. Overall, conducting further studies on the causes of tinnitus and ways to diagnose it, would provide promising therapies to treat different subtypes of tinnitus.