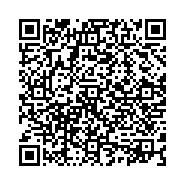 Ginkgo biloba in the treatment of tinnitus: An updated literature review

Introduction: Tinnitus is one of the common diseases of the ear that is associated with numerous physical and mental disorders. One of the known mechanisms in the tinnitus area with unknown reason is oxidative events. Based on the prevalence and economic costs and physical- psychological side effects caused by tinnitus and the importance of finding a suitable solution for its prevention and treatment, the need for further studies becomes more obvious in this context. This review article aimed to review studies on the effectiveness of Ginkgo biloba as a medicinal plant on patients with tinnitus. Evidence Acquisitions: Google Scholar, Directory of Open Access Journals (DOAJ), PubMed, LISTA (EBSCO) and Web of Science have been searched. Results: There are many studies on the therapeutic effect of Ginkgo biloba on patients with tinnitus. Most findings are in contrast with each other so that some of studies reported that Ginkgo biloba is effective in the treatment of tinnitus and other studies referred to it as ineffective herbal medicine. Generally, according to the previous studies and the present study, it can mention that the Ginkgo biloba may somewhat improve tinnitus. Conclusion: Since tinnitus is multifactorial, it is recommended to evaluate patients individually based on the cause of tinnitus, treatment formulas, and different doses of Ginkgo biloba at the more extensive level in future studies.

Tinnitus is described as the perception of sounds created in one or both ears or inside the head without external auditory stimuli [1]. Tinnitus is one of the common diseases of the ear, which can cause several mental and physical impairments and can impair the quality of life [2]. The prevalence of this phenomenon is estimated 3-30% [3]. This disorder strongly affects the patient’s life in 25% of cases [4]; 8-10% of patients with tinnitus have normal hearing and there is no reason for tinnitus among them [5]. Despite significant advances in modern medicine, the exact pathophysiology of tinnitus still remains unknown [2]. Various drugs including antihistamines, barbiturates, anesthetics, calcium channel blockers, vasodilators, muscle relaxants, anticonvulsants, and also various methods of psychotherapy and tinnitus masking agents have been used to reduce the tinnitus severity; however, they have little effects and their results are not different from those of placebo [4].

Previous researches on tinnitus with unknown cause showed that oxidative stress events are one of the proposed mechanisms of tinnitus [6] in a way that antioxidants are known as one of the effective measures in reducing the severity of tinnitus [7]. Oxidative stress processes often occur in the context of an imbalance in the concentration of rare elements used in the construction of antioxidant enzymes [8]. One of the important mechanisms in the field of creating tinnitus is the increase in the glutamate as the excitatory neurotransmitter. The increase in the glutamate is associated with neurotoxicity impacts. This increase leads to inflammation and necrosis of dendrites of afferent cochlear corti organ cells by stimulating production of free radicals [9,10]. Different types of causes of tinnitus have been demonstrated in Table 1.

Despite recent developments in modern medicine, there are still no definite treatment for hearing losses. These disorders have fueled research to discover new therapeutic approaches and drugs. In this regard, there has been a renewed interest in the approaches of traditional medicine and phytotherapy in medical arena. Medicinal plants and their derivatives have been studied, by the application of scientific approaches, in vitro, with animals, and ultimately in clinical trials so that more efficient therapeutic approaches and drugs can be discovered [16-26]. Apart from drug therapy, other methods are used in tinnitus therapy such as phytotherapy (Table 2). It does not seem that any of the treatments alone or in combination with other treatments are quite effective on tinnitus and that’s why FDA has not approved any treatment for tinnitus [27]. Among the used medicinal plants, Ginkgo biloba (Folium Ginkgo) is one of the herbals that frequently used in the treatment of tinnitus and has been studied in various studies [28,29]. Ginkgo biloba belongs to Ginkgoaceae family. Ginkgo leaf has a range of phytochemicals, including alkanes, lipids, sterols, benzoids, carotenoids, phenylpropanoids, carbohydrates, flavonoids and terpenoids [30,31]. Studies show that Ginkgo biloba, which is a monoamine-oxidase inhibitor (MAOI) can effectively improve patients with tinnitus caused by ischemia due to having myricetin and quercetin flavonoids and ginkgolide and bilobalide terpenoids [32]. Ginkgo biloba has antiplatelet and vascular modulator effects. In other words, it improves blood flow and appropriately regulates vascular tone. Vascular problems are one of the suggested causes for tinnitus originating from the area of cochlear nerve cortex. Cardiovascular problems can cause problems in blood supply to labyrinthine artery and this causes hypoxia in the outer hair cells of the cochlea and lead to subjective tinnitus. Adequate blood supply to the cochlea, which can be justified by Ginkgo biloba, can stop this process. Antioxidant and protective effects on nerve cells in the brain, auditory cortex, and sub-cortical area can also justify the anti-tinnitus effects of Ginkgo biloba [33]. Ginkgo biloba was reported to scavenge primary (O2 -, OH.) and secondary (ROO.) free radicals [34,35]. These beneficial properties seem in part to come from the activity of Ginkgo biloba constituents such as flavonoids and terpenes. Ginkgo biloba that can be described as an herbal medicine whose active pharmacological groups are flavonoids with antioxidant and vasodilator action; and terpene lactones, which act as antiplatelet agents [36].

Simultaneous use of soft-laser for exposure to the cochlea and administration of Ginkgo biloba extract for 4 weeks on a 20-50% of patients has been reported to be useful. Soft-laser mechanism of action is unknown, but it has been proved that light leads to athermic stimulation of biochemical processes. Actually, the combination of Ginkgo-soft-laser was very effective in the treatment of chronic tinnitus. Ginkgo provided better oxygen and laser directly operated on flavoproteins to activate repair mechanisms [46]. Besides, Plath and Olivier demonstrated that Ginkgo-soft-laser reduced the severity of tinnitus in some cases and concluded that the combination of softlaser and Ginkgo can be useful in some patients with severe tinnitus [47]. Moreover, Ginkgo biloba is clinically used for the treatment of inner ear disorders such as hearing loss, dizziness, and tinnitus. This herb is widely used to treat tinnitus in European countries and elsewhere. However, in some studies and clinical trials it has been stated that this herb has no beneficial effect in comparison with placebo in the treatment of tinnitus (Table 2). There are many studies on the effects of Ginkgo biloba in the treatment of patients with tinnitus that most of the findings of these studies are in contrast with each other; on the one hand, some of the studies reported that Ginkgo biloba is effective in the treatment of tinnitus effective [48-53] and on the other hand other studies referred to it as ineffective herbal medicine [28,54-57]. The results of a systematic review showed that Ginkgo biloba is little/less effective in the treatment of tinnitus. This study reported that choosing those treatments are beneficial for patients that not only reduce costs for patients, but also prevent patients from choosing and searching for other ineffective treatments58 (Table 3).

Table 2. Some of the main herbal medicines for treatment tinnitus37-45.

- Article in Turkish; EGb 761: It is a standardized extract of Ginkgo biloba leaves.

Table 3. The main studies of the effects of Ginkgo biloba on tinnitus.

According to the previous studies and the present study, Ginkgo biloba can be considered as a promising option to improve tinnitus along with further studies. Since tinnitus is multifactorial, it is recommended to evaluate patients individually according to the cause of tinnitus, treatment formulas, and different doses of Ginkgo biloba at more extensive level in future studies. Categorizing tinnitus based on its comorbid conditions such as mental disorders, presbycusis, acoustic trauma damage (noise), and medical underlying conditions and also investigating the effect of drugs in these subgroups can be considered as a more accurate solution to evaluate a therapy ranging from drug or non-drug methods. In addition, it seems that finding new ways to control tinnitus in the future will require neurophysiologic and neuroscience research; also promoting effective drug treatments certainly depends on understanding the changes in neurotransmitters and their receptors. Therefore, unless the mechanisms of tinnitus are not well understood, designing a detailed treatment will fail.

The authors declare that there are no conflicts of interest.

This work financially was supported by Research deputy of Hamadan University of Medical Sciences and was a part of Ph.D Thesis of Mr. Mahmoudian Sani.