Hearing Impairment in Infants with Asphyxia

In recent decades, despite significant advances in medicine and perinatal care, asphyxia remains a serious condition, leading to significant mortality and morbidity. The incidence of severe perinatal asphyxia varies from 1 to 3 per 1000 live births, in developed countries 5-10 per 1000 or more in developing countries, and is the third most common cause of neonatal death (23%) after preterm birth (28%) and severe infection (26%). Neonatal asphyxia is often accompanied by multiple organ failure, mainly involving the kidneys, brain, and heart. Asphyxia results in significant tissue hypoperfusion and reduced oxygen supply, which can cause neurological damage and damage to cochlear hair cells. Under our supervision were 35 (n=30) newborns who were in the neonatal intensive care unit of the Perinatal Center of the Khorezm region in the period from 2018 to 2019. Of these, 22 (I (main) group n=22), who were in the neonatal pathology department, had signs of perinatal CNS damage; The comparison group included 13 newborns (n=13), with Apgar scores >7 in the first minute. There is a clear correlation between the degree of hearing impairment in infants and the degree of pathology of the CNS. However, the degree of impairment of the auditory analyzer increased in parallel with the degree of asphyxia and severity (?≤0,05).

According to the World Health Organization (WHO) “... around the world, approximately 466 million people, representing 6.1% of the total world population, have hearing impairments, among them there are about 32 million individuals of childhood” [1-9]. The incidence of congenital deafness has been reported to be twice as common as other neonatal conditions at birth, and it is estimated that six out of every 1000 infants are present with deafness at birth or in the neonatal period [6,7]

The role of asphyxia is an important factor in the development of congenital hearing pathology in newborns [4,5]. It is one of the pathogenetic components of ischemia, leading to impaired microcirculation and liquorodynamics in the neurosensory part of the labyrinth. The highest risk of hearing loss in preterm and low birth weight infants [3,8].

Neonatal asphyxia is often accompanied by multiple organ failure, mainly involving the kidneys, brain, and heart. With asphyxia, there is significant tissue hypo perfusion and reduced oxygen supply, which can cause neurological damage and damage to the hair cells of the cochlea [9,10,11].

The consequences of perinatal asphyxia range from death to varying degrees of neurodynamic sensory or motor impairment. One of its frequent consequences is sensorineural hearing loss. Histopathological studies have shown that the human brainstem is very vulnerable to anoxia, with a predominantly damaging effect on the various brainstem nuclei and inferior colliculi, which are involved in the formation and functioning of the brainstem auditory response [12-14].

The aim of the study is to determine the role of perinatal asphyxia in the formation of hearing impairment in newborns and to develop on this basis the principles of managing newborns with this pathology.

To study the auditory analyzer in newborns with asphyxia, newborns were selected whose Apgar score at birth was less than 4 at the 1st minute or less than 6 at the 5th minute. For the control group, newborns were selected whose Apgar score was >7 points in 1 minute. All newborns with perinatal asphyxia were divided into 2 groups depending on the degree of asphyxia. Thus, the 1st group consisted of 22 newborns with moderate asphyxia. The second group consisted of 13 newborns with severe asphyxia. Among the examined newborns, 69% were full-term newborns, 31% were premature. For comparison, a control group of 20 newborns without somatic pathology was recruited (Figure 1). The dynamic observation of the auditory function of the newborns of both groups was also carried out. 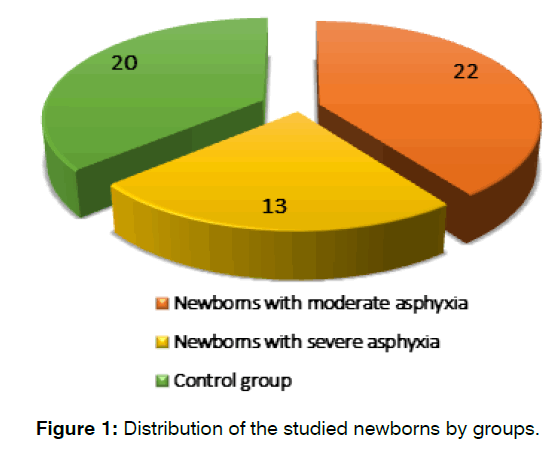 Figure 1: Distribution of the studied newborns by groups.

We performed acoustic impedancemetry to measure middle ear pressure. A probing tone with a frequency of 1000 Hz was used with an intensity of 85 dB of sound pressure. The results obtained were evaluated according to the classification of tympanometric curves proposed by James Jerger. The study of hearing in newborns was carried out using the registration of otoacoustic emissions (OAE). The screening system for recording otoacoustic emissions made it possible to study the child’s auditory function at frequencies of 2,3,4, and 5 kHz. The study of the state of the auditory stem nuclei of different levels and the state of the auditory nerve was carried out by recording short-latency auditory evoked potentials (SEPs). The research materials were subjected to statistical processing using the methods of parametric and non-parametric analysis (Figure 2). 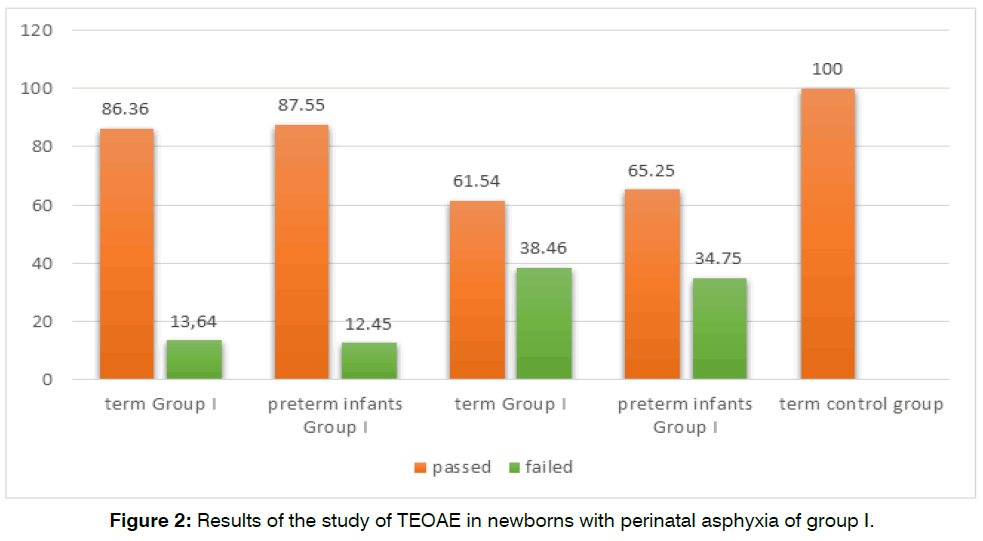 Figure 2: Results of the study of TEOAE in newborns with perinatal asphyxia of group I.

When comparing the ears in the 1st group of newborns with perinatal asphyxia, we found a similar average signal-to-noise ratio at most frequencies without statistical significance at frequencies of 1 kHz; 2 kHz; 3 kHz and 4 kHz 5 kHz compared to the control group. When comparing the ears of the 2nd group of newborns, we found statistically significant differences in the mean values of the signal-to-noise ratio for the OAE test at all analyzed frequencies. Comparing the signal-to-noise ratio in newborns of group I and group II, we found similar average values at frequencies of 1 kHz; 2 kHz and 3 kHz, no statistically significant difference. A statistically significant difference was found in the frequencies of 4 kHz and 5 kHz, and the average value for group I was better than in group II newborns. It can be concluded that the analysis of the characteristics of the evoked otoacoustic emission test showed lower amplitude values compared to the control group, which indicates a lower performance of the outer hair cells in newborns who underwent severe perinatal asphyxia in the frequency bands of 2000, 3000 and 4000 Hz in both ears (p<0.05) (Table 1).

Table 1: Comparative analysis of the signal-to-noise ratio variable OAE for each frequency band found in newborns with group I and II asphyxia in both ears.

DPOAE values are presented in dB based on the results of the signal-to-noise ratio, at the distortion frequency, using the formula 2f1-f2. So, when registering TEOAE, the highest values of the response intensity were registered in newborns with moderate asphyxia. Group II showed slight fluctuations in the otoacoustic response with a tendency to decrease in intensity (Figure 3 and Figure 4).

Figure 3: DPOAE amplitude in newborns of groups I and II in relation to the right ear 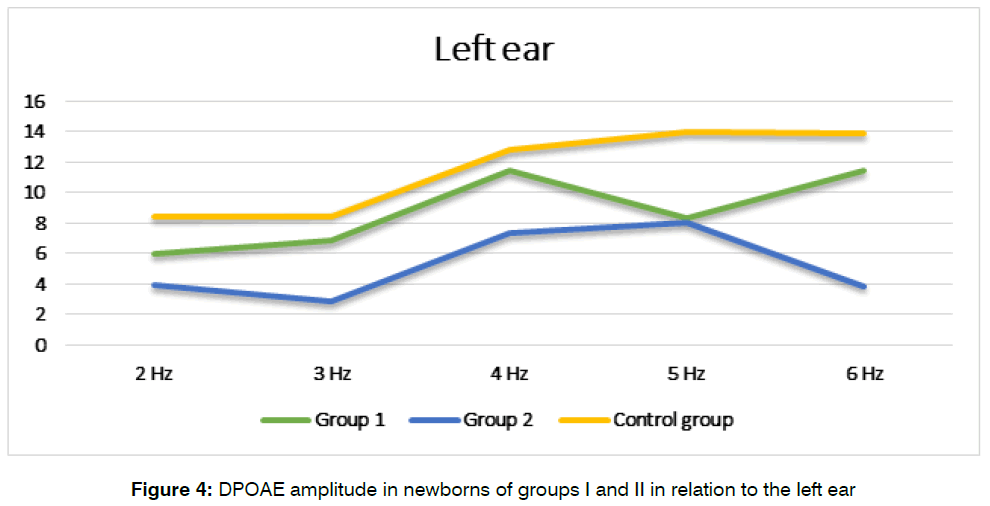 Figure 4: DPOAE amplitude in newborns of groups I and II in relation to the left ear

When conducting ABR, the data obtained show a significant decrease in the amplitude of the V wave and, accordingly, the ratio of the IV waves is observed in children who have suffered severe asphyxia. There is also a tendency for wave I to shorten, which leads to a relative increase in the ratio of IV waves (Table 2). Thus, the indicators of the state of the auditory analyzer in newborns with asphyxia differed from those in the control group, which was expressed in an increase in inter-peak intervals in both study groups.

Table 2: Comparison of ABR results in newborns with perinatal asphyxia.

In accordance with the goals and objectives of the study, we conducted a dynamic study of the auditory function in newborns. In both groups of newborns, during the examination of the auditory function, carried out from the 1st to the 7th day of life, perinatal asphyxia was determined. In group I, neurological disorders were predominantly manifested in instability of physiological reflexes (27%), while in group II both instability of physiological reflexes was observed in 32% of newborns, and increased neuroreflex excitability in 40% of newborns. After 3 months, there was a decrease in neurological disorders in both groups. Increased neuro-reflex excitability occurred almost 2 times less compared to the initial examination. By the 6th month of life, a statistically significant regression of neurological abnormalities was also noted. By the 12th month of life, a positive outcome of pathological indicators of the neurological status was noted in all newborns. 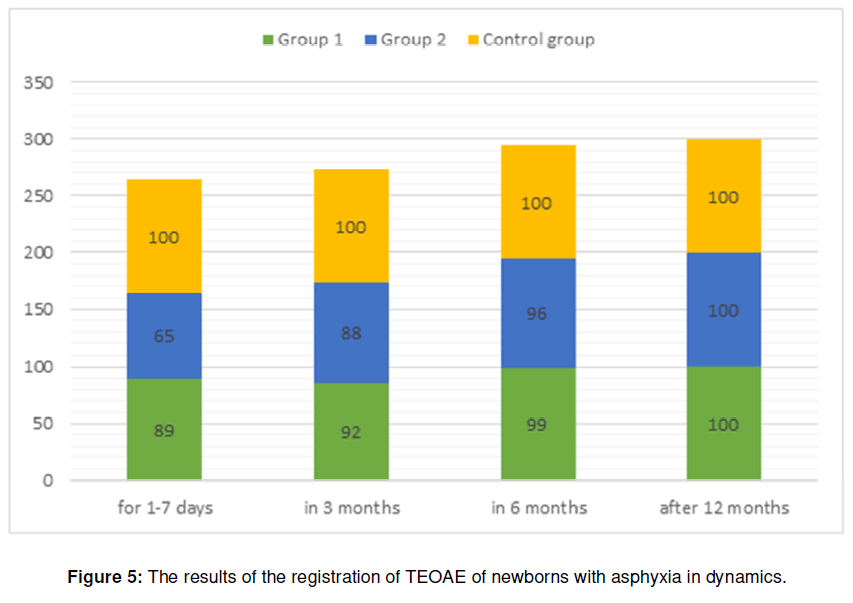 Figure 5: The results of the registration of TEOAE of newborns with asphyxia in dynamics.

It was found that in newborns that underwent severe perinatal asphyxia, there are changes in the peripheral parts of the auditory analyzer, manifested by a decrease in the performance of external hair cells;

A direct relationship has been established between the state of the amplitude of the otoacoustic emission and an increase in the interpeak intervals of short-latency auditory potentials of the brain, on the severity of asphyxia and the duration of neurological manifestations; It was found that in dynamic studies, peripheral hearing impairment in newborns with asphyxia is transient in nature and normalizes by 6 months of life.