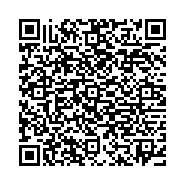 Tinnitus is a highly prevalent medical disorder occurring in 10-30% of the general population. This disorder often becomes chronic and severe effecting quality of life contributing to significant psychiatric consequences; one that we have written about recently is comorbid insomnia. The latter can predispose effected persons to depressive episodes and a worsening of their total functioning. We have reported in the past that comorbid insomnia occurs in 10-80% of tinnitus patients with most reports finding over a 40% frequency. Unfortunately, these prior studies tended to evaluate only insomnia as a symptom and not as a diagnosis; therefore its seriousness and implications could not be assessed. Furthermore, most studies utilized only open-ended questionnaires with many being sent via the mail. Our study evaluated 72 tinnitus patients who were prospectively evaluated over the telephone for a tinnitus treatment study program at our center focusing on possible co-morbid insomnia symptoms as well as whether the insomnia satisfied a diagnosis with its accompanying dysfunctional state. The interview included questions regard a full range of questions assessing sleep onset, sleep continuity, early morning awakening, sleep duration as well as daytime consequences necessary for a diagnosis of insomnia. We found that not only were insomnia symptoms highly prevalent, but 60% of the tinnitus sample met strict diagnostic criteria (DSM-IV-TR) of insomnia secondary to a general medical condition, i.e., tinnitus. Alarmingly, only 4 % were being treated for their insomnia. In addition, our data suggests that tinnitus patients with co-morbid insomnia have a more severe form of tinnitus and thus, may need further care and treatment.

Tinnitus is frequently severe and chronic occurring in 10-30% of the population [1-3]. Unfortunately, the disorder is associated with a compromised quality of life with increased anxiety, depression, and insomnia [2-7]. Regarding the later, the authors recently reported on the co-morbidity of insomnia in tinnitus patients reviewed across 16 studies; comorbid insomnia was found in 10-80% of tinnitus patients with most studies reporting over 40%. Unfortunately, these prior studies used openended questionnaires, many had only 1-3 questions about insomnia, and some were mailed without any supervision provided. The overwhelming focus was on insomnia as a symptom and not as a diagnosis [8]. Clearly, the presence of a diagnosis suggests a more severe entity since impairment in quality of life is required [9]. Our paper will present data on 72 tinnitus patients who were prospectively evaluated for a tinnitus treatment study at our clinical research centre focusing on possible co-morbid insomnia (as a symptom and diagnosis) and its complications. We hypothesized that insomnia as a symptom and diagnosis will be widely prevalent in a tinnitus population and will be associated with a more severe form of tinnitus. We developed a questionnaire covering sleep disturbances, questions on daytime functioning and total sleep time so that insomnia could be noted as just a symptom versus a diagnosis according to DSM-IV criteria [9].

We prospectively screened 72 patients who responded to an advertisement for a tinnitus treatment study. Subjects were interviewed over the telephone using a semi-structured clinician-rated questionnaire that we developed. The latter addressed issues of tinnitus (e.g. constant vs. intermittent, pulsatile vs. non-pulsatile, unilateral vs. bilateral), sleep disturbances (reduced total sleep time, delayed sleep onset, sleep awakenings and early morning awakening) as compared to prior to tinnitus and daytime functioning such as energy, concentration, socialization and work. We defined difficulties in falling asleep as taking ≥30 mins to fall asleep, night- time awakenings as ≥2 awakenings/night, and early morning awakening as awakening ≥30 mins earlier than normal. Problems of daytime functioning were based on yes or no responses by the patients as to whether they were experiencing difficulties with daytime energy, concentration, socialization or work. DSM-IV total sleep time (TST) was considered abnormal if it was ≤6.5 hours. DSM-IV-TR criteria was utilized for diagnosing insomnia- i.e., at least 1 sleep disturbance plus evidence of an abnormality in daytime functioning [9]. In addition, each patient was requested to acknowledge whether their sleep disturbances occurred prior to or after the onset of their tinnitus. Furthermore, we applied a more conservative criteria to the DSM-IV criteria of insomnia, i.e., additionally, having a TST ≤6.5 hours as suggested by Fava et al. creating a “modified DSM-IV-TR criteria” [10]. Our tinnitus study was reviewed and approved by the institutional review board. Data used was part of a screening phase for a treatment study consisting of a phone interview of prospective candidates. Informed consent was obtained from all patients entering the program.

Regarding our prospective study, significance between categorical variables was calculated using a Chi- Square statistic (χ2). Significance between groups with continuous variables was calculated using one-way analysis of variance (ANOVA). Only p values <0.05 were considered significant. The main category of insomnia (n=32) was the most restrictive category of insomnia, i.e., satisfying DSM-IV-TR for insomnia plus having a total sleep time of ≤6.5 hours sleep time. The category of “no insomnia” (n=22) excluded the aforementioned insomnia groups as well as patients with only insomnia symptoms.

Our prospective study addressed a tinnitus sample consisting of 72 subjects (49 males and 23 females) with a mean age of 56.6 years (range 33-83 years). Other characteristics of the tinnitus population was that the duration of illness was 8.75 years (range from 1 month to 50 years), it was predominantly non-pulsatile (78%), constant (89%) with an even split between predominantly unilateral and bilateral presentations. Additionally, 18% had a psychiatric history; 7 patients acknowledged a history of depression and 6 a history of anxiety (Table 1)

69.4% of the sample endorsed at least 1 insomnia symptom that developed after the onset of their tinnitus. As can be seen, specific sleep disturbances consisted of difficulties falling asleep (55.5%), nighttime awakenings (51.3%), and early morning awakening (18.0%). According to DSM-IV-TR, 59.7% of the subjects had a diagnosis of insomnia (at least one sleep dysfunction plus daytime dysfunction) secondary to a medical condition, tinnitus. When a more conservative criterion was applied, i.e., also needing reduced total sleep time of 6.5 hours or less (a “modified DSM-IV-TR criteria”), 44.4% had a diagnosis of insomnia. All subjects who an insomnia diagnosis had stated that insomnia developed subsequent to the onset of tinnitus. Thus, their DSM-IV-TR or modified DSM-IV-TR diagnosis was insomnia secondary to a medical illness, tinnitus (Table 2).

Although no scales were administered specifically assessing tinnitus severity, a number of factors suggested that patients with tinnitus and a co-morbid diagnosis of insomnia had a more severe form of tinnitus than those without a diagnosis of insomnia. Specifically, those with insomnia (whether defined as per DSM-IV-TR or by the added restrictive criteria of having a TST of ≤6.5 hours) had a tinnitus that was more often pulsatile, had sought out ENT consultations and treatments for tinnitus, and had higher rates of a history of medical and psychiatric disorders. None of these factors reached statistical significance except for a history of ENT consultations in the insomnia group as defined by DSM-IV-TR which reached borderline significance, p=0.047 (see Table 3). It is likely that our sample sizes were too small which may have contributed to the lack of statistically significant findings. As expected, tinnitus patients with co-morbid insomnia had a statistically greater time to fall asleep, sleep duration and the number of awakenings than those without co-morbid insomnia since these variables were part of a diagnosis of insomnia (Table 3 and Table 4).

Table 3: The Effect of Insomnia vs. No Sleep Disturbances.

Table 4: The Effect of Insomnia vs. No Sleep Disturbances

Significance between categorical variables was calculated using a Chi-Square statistic (χ2). Significance between groups with continuous variables was calculated using one-way analysis of variance (ANOVA). Only p values <0.05 are shown. ns= not significant. Insomnia is defined as a sleep disturbance plus day-time dysfunction (DSMIV- TR criteria for insomnia).

**Insomnia is defined as a sleep disturbance plus day-time dysfunction plus total sleep time ≤6.5 hours (“modified DSM-IV-TR criteria” for insomnia).

Our current study was unique in that it used a semistructured clinician administered questionnaire developed by our research program asking about sleep onset, sleep continuity, early morning awakening and total sleep duration as well as daytime consequences of insomnia such as decreased concentration and fatigue. Thus, questions covered a full range of sleep disturbances including problems in daytime functioning necessary for a diagnosis of insomnia according to DSM-IV-TR9, similar to the study by Miguel et al., the only other study that actually established an insomnia diagnosis and not just the existence of insomnia symptoms [11]. The tinnitus sample in our study was similar to many other tinnitus samples in the literature [12]. The mean age was 56 yrs old. The tinnitus was mainly constant, non-pulsatile and had a bilateral presence in approximately 50%. A co-morbid hearing impairment and history of ENT consultations were frequently seen as well as a history of medical and psychiatric co-morbid conditions.

Tinnitus patients in our current study who had sleep difficulties present had more severe forms of tinnitus than tinnitus patients without insomnia, a finding supported in the literature [15-22].The tinnitus group with insomnia had tinnitus that was more likely to be pulsatile, had sought out specific ENT consultations and tinnitus treatments, and had an increased rate of co-morbid medical and psychiatric illnesses by history; although these findings failed to reach statistical significance possibly due our small sample sizes. Unfortunately, we did not utilize a tinnitus severity scale like the self-rating scale, the Tinnitus Handicap Inventory 21which might have provided a better understanding of the relationship of tinnitus severity compared to insomnia severity.

In summary, it is clear that tinnitus patients frequently suffer from insomnia (both the symptom and the diagnostic category). Furthermore, there is substantial data in the literature suggesting a linkage and bidirectionality between tinnitus and insomnia [23-27]. Thus, attempts at treatment of each or both disorders should have beneficial consequences on both disorders. For example, the use of melatonin, a hypnotic agent, in the treatment of insomnia in tinnitus patients was reported to significantly improve insomnia as well as the comorbid tinnitus. Therefore, we highly suggest that insomnia in tinnitus patents should be identified and sub sequentially treated. Unfortunately, insomnia is frequently not identified and often untreated; only 2 of the 50 (4%) tinnitus patients in our study with comorbid insomnia received treatment. This lack of treatment has been described by the National Sleep Foundation [26,27].

This study has some limitations which could be addressed in future studies.

The authors wish to thank Ms. Lynda Guagenti for her assistance in typing this manuscript.

The authors declare no potential conflict of interest on publishing this paper.