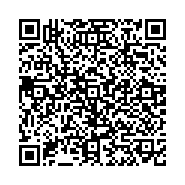 Purpose: The purpose of the present study is to find the functions of vestibular reflexes in individuals’ with normal hearing and tinnitus, to identify vestibular dysfunctions earlier, and helps with the management of the same.

Conclusion: There is no significant difference seen in cVEMP except n23 latency of bilateral tinnitus than control group and However, there is statistically significant difference in left ear p15 latency, left ear peak-to-peak amplitude, bilateral peak-to-peak amplitude between the two groups and Right Vs Left ear peak-to-peak amplitude in within the tinnitus group was seen in oVEMP and the current study concluded that the significant results with several parameters and no significant results with other parameters in cVEMP and oVEMP recording might be Presymptomatic tinnitus is regarded to occur in ears with normal hearing and abnormal VEMP, while asymptomatic tinnitus may occur in ears with normal VEMP. Tinnitus may be the first signs of secondary or delayed endolymphatic hydrops. If this is demonstrated to be accurate, we should anticipate that such patients will gradually develop other endolymphatic hydrops symptoms like SNHL and clinical vestibular dysfunction.

The ringing sensation in the ears without the presence of any external sound is defined as tinnitus [1]. The prevalence of tinnitus increases with age, the prevalence of tinnitus in children was 5.24% and 16.81% in older individuals [2]. Tinnitus occurs in 1 out of every 200 adults in everyday life [3]. The generation of tinnitus is not limited to the peripheral auditory system [4]. Tinnitus is broadly classified into subjective and objective tinnitus [5-7]. Subjective tinnitus is only heard by individuals who have tinnitus, it occurs without any source in external and it is the experience of auditory sensation [8]. Subjective tinnitus is a buzzing, ringing, humming, blowing, or drum-like type that is caused by the perception of pure tones or frequency range of noise that are similar to white noise but have no discernible pattern of organization [9,10]. Subjective tinnitus can occur for a variety of reasons one of which is a malfunction of the vestibular system. Subjective tinnitus which majorly taught to be caused by a variety of problems with the physiological system of hearing [11]. Idiopathic tinnitus pathophysiology involves the manifestation of both the classic and non-classic auditory pathways. Objective tinnitus is perceived by individuals who have it and as well as others too, it is initiated through internal biological activity in the human body [12,13]. Tinnitus has been described as a potentially debilitating symptom that can be distressing to the person who suffers from it, especially if hearing loss is present [12-14]. This symptom is commonly associated with noise exposure, aging, and hearing loss although it can occur in a person who has normal hearing, Tinnitus may also be caused by other risk factors such as head trauma, hypertension, arthritis, smoking, obesity, and alcohol. However, the majority of the time, tinnitus is associated with conditions such as endolymphatic hydrops, migraine-induced vestibular pathology, vestibular schwannoma, otosclerosis, labyrinthitis, ototoxicity, multiple sclerosis, meningioma, and stroke [15,16]. Tinnitus is a common disorder that affects a large percentage of the population and causes significant morbidity, as well as disrupting sleep, attention, emotional equilibrium, and patients’ social lives. Vitamin A and B deficits have also been found to cause tinnitus [15-20]. Tinnitus is commonly associated with vestibular dysfunctions, hypertension, and vertigo, fullness in the ears, with and without hearing loss. However, earlier literature mentioned that cochlea and vestibular systems work as a unit so there might be a relationship between sacculo-colic and utriculo-ocular reflexes and tinnitus in individuals with normal hearing.

Participants: The present study was conducted at SRM Medical college hospital and Research Centre, SRM Institution of Science and Technology, Chennai. The SRMIST scientific committee and the ethical committee approved the study. The authors declare that all the processes contributing to this work adhere to the relevant institute’s ethical standards Reference Number 2210/ IEC/2020. In the present study 50 participants have included out of those 25 individuals were normal hearing without tinnitus (control group) and 25 individuals were normal hearing with tinnitus (experimental group) in the age range of 18 to 48 years Mean and standard deviation for age range in the control group is (24.1 ± 2.4) and for case, the group is (29.2 ± 5.3). However, the present study was followed inclusion and exclusion criteria for the participants to participate in the study, common inclusion criteria for both control and experimental groups were individuals in the age range of 18 to 48 years, with no history or complaint of middle ear pathology, head trauma, neurological problems. Individuals with normal hearing (PTA ≤ 15dB) fall under the control group and individuals with normal hearing (PTA ≤ 15dB) and tinnitus fall under the experimental group. The exclusion criteria were individuals with hearing loss (PTA>15dBHL), less than 18 years and greater than 48 years of age, individuals with middle ear pathology, head trauma, and neurological problem.

Procedure: In the present study all the participants underwent basic audiological tests such as pure tone audiometry (Dual channel Inventis piano audiometer with TDH 39 transducer), the subject’s pure tone hearing thresholds were within the normal range, i.e., 15 dBHL [26], for octave frequencies ranging from 250 to 8000Hz for AC and 250 to 4000 Hz for BC. Immittance testing such as tympanometry & acoustic reflex test (GSI Tympstar pro), The immittance audiometer was used to evaluate each subject’s middle ear status to rule out any middle ear pathology that could affect both c-VEMP and oVEMP findings and cause the results to vary, Distortion Product Oto Acoustic Emissions (DPOAE) was used to evaluate the functioning of outer hair cells and Auditory Brainstem Response (ABR) to ensure hearing sensitivity within normal limits. However cervical Vestibular Evoked Myogenic Potential (cVEMP) and ocular Vestibular Evoked Myogenic Potential (oVEMP) were carried out on all the participants. All the above-mentioned tests were carried out in the acoustically treated room and the ambient noise levels were well within the acceptable range. The electrode placement location was cleaned by a nuprep skin gel to attain adequate electrode impedances gold plated electrodes were used with the conduction paste and electrodes were placed with surgical plaster, During the recording of c VEMP and o VEMP absolute and inter-electrode impedance maintained was 5 k Ω and 3 k Ω correspondingly. The stimulus and acquisition parameters suggested in the earlier studies were used to record cVEMP and oVEMP [27-29]. The inverting electrode was placed on the sternoclavicular joint, the ground electrode was placed on the forehead and the non-inverting electrode was placed on 1/3 of the sternocleidomastoid muscle was activated in the sitting position by turning the head into the opposite to the test ear. However, to acquire oVEMP the non-inverting electrode was placed 1cm below the center of the eyelid and Inverting electrode was placed 3 cm below the center of the eyelid and the common electrode was placed on the forehead. The contralateral Inferior oblique muscle was activated by asking the participant to elevate their gaze by 30 to 35 [30-32]. cVEMP and oVEMP were recorded using alternating polarity with tone burst stimuli at 500 Hz with 1ms rise/fall time and plateau of 2ms time were transmitted via standard insert earphones ER-3A at 125dB SPL. 5.1 Hz was used as the repetition rate as this frequency is the most efficient for evoking oVEMP which produced the highest signal-to-noise ratio and minimal inter-individual variability [33]. 200 EMG activity sweeps were recorded using a 64 ms epoch, including a10ms pre-stimulation (baseline) recording using a 1Hz–1000Hz bandpass filter. Regardless of the filter, the responses are always multiplied by 30,000. To avoid rejecting the natural high-amplitude myogenic potential, artifact removal is disabled. The display order was pseudo-random to avoid the effects of the order which can distort the results. Enough rest was given between the recordings to avoid muscle fatigue and unintentional blinking.

Vestibular Evoked Myogenic Potentials are electro myographic responses elicited by sounds, vibration, or electrical stimulation in the vestibular labyrinth [34]. VEMP test is a clinical examination of the otolith organs, and linear acceleration sensors, and is related to reflex pathways [35]. In human’s otolith organs are saccule and utricle (Colebatch & Halmagyi), cVEMP appears to be a reflection of saccular functions and o VEMP reflects the utricular functions [30,36]. A previous study reported that subjective tinnitus is a complex, heterogenous central nervous system disorder that affects not only the auditory pathway but also non auditory areas such as the pre frontal cortex, para hippocampus, amygdala, insula, and cerebellum [37]. These functions are connected and the altered regions are main, particularly for the maintenance perception of tinnitus [37]. Several studies on tinnitus-related conditions in oto-neurology have been conducted in recent years [38]. Causes of tinnitus were not yet found and these studies are still ongoing38. Because the problem occurred in the auditory system, the sound perception was increased for an unknown reason [6,39].