Tinnitus Treatment with Misoprost: A Blinded and Placebo Controlled Study

Introduction: The purpose of conducting research was to investigate the efficacy of the misoprost as a treatment modality for tinnitus.
Methodology: A sample of 130 subjects with hearing loss and tinnitus were randomly segregated into control (N=70) and misoprost group (N=60). Misoprost group were administered a dosage of 200 μg per day of misoprostol and it was increased to 1600 ug, for 3 months and Control group (70 subjects) received the 200 ug/day of placebo tablets. Pre and post assessment on audiological measures (tinnitus pitch and loudness matching), Tinnitus handicap inventory and Visual analogue scale was performed.
Results and Discussion: Statistically significant differences were observed between pre-and post-misoprost treatment in terms of tinnitus pitch and loudness (p<0.001) for misoprost group. On visual analogue scale 33.3% of misoprost group subjects reported improvement; also 50% of them reported reduction in scores of tinnitus handicap inventory post-treatment. The results suggest that misoprost might act as an effective treatment modality for alleviation of tinnitus; however larger randomized controlled clinical trials are required to support these findings.

Tinnitus may be defined as the ringing sensation in the ears or head without presence of any external sound. Tinnitus commonly occurs as an initial sign of hearing loss [1]. Tinnitus can be broadly classified into objective and subjective tinnitus. Objective tinnitus originates from internal biological activity and subjective tinnitus is the experience of auditory sensation without any external source [2]. Clinically significant tinnitus is reported in 13 million people in Western Europe and USA and around 4 million of them are prescribed drugs [3,4]. Management of tinnitus subjects mainly comprises off-label drugs with analogous potential side effects [4]. There is a convincing need for a Foods & Drug Administration (FDA) approved drug for the management of tinnitus and its associated symptoms. It has been reported that there is little knowledge of the physiological basis of hearing loss and tinnitus; and the absence of drug screening trials in this area are the main reasons for the unmet need for novel drug intervention [4]. Various researchers have reported that Prostaglandins (PGs) i.e., PGI2 and PGE2 present in perilymph act as neuromodulators and affect the afferent auditory pathway. The vasodilator effect of PGI2 and PGE2 play a role in the cochlear microcirculation [5,6]. Deliberating on above facts, it may be hypothesized that in tinnitus subjects, levels of PGs may be low. This lowering may lead to changes in electrophysiologic properties of the inner ear and in turn cause tinnitus [7]. The perception of tinnitus can be reduced if the levels of prostaglandins are increased in the cochlea. An improvement in tinnitus perception, better concentration and improved sleep in 33% tinnitus subjects with misoprostol treatment has been reported [7]. A randomized controlled study on tinnitus subjects with hypertension and diabetes showed 46% subjects had reduction in tinnitus loudness during misoprostol treatment in comparison to the placebo group [6]. Till date, to the best of our knowledge, very few studies on efficacy of misoprostol as a treatment modality for alleviating tinnitus, especially when tinnitus is associated with hearing loss along with no associated co-morbid medical conditions, has been reported.

A controlled clinical trial was performed at Post graduate Institute of Medical Education and Research (PGIMER) Chandigarh, India. Subjects reporting to the (Ear Nose Throat) ENT (Out Patient Department) OPD (PGIMER) with complaint of tinnitus, between 20 to 75 years of age, of both sexes and perceiving tinnitus for more than 4 weeks were enrolled. The exclusion criteria included subjects with external and middle ear pathology, systemic disease, neuropsychiatric disorder and chronic noise exposure. An approval from the Institute’s Ethics committee was taken and the Informed Consent Form duly signed by each patient was obtained before commencement of the study.

A detailed clinical assessment was undertaken including the demographic details {duration of tinnitus, onset, course and nature of tinnitus (pitch, loudness, laterality)}. The subject’s response was recorded on a detailed performa from the initial visit to the last. The audiological examination was carried out on Madsen Orbiter 922 clinical audiometer with TDH 39 ear phones. Hearing thresholds were determined for 250 Hz to 8 kHz and the pure tone average (500 Hz, 1000 Hz and 2000 Hz) was calculated. Subjects with bilateral mild to moderate hearing loss were enrolled. Furthermore, each subject’s tinnitus frequency and loudness matching was determined pre and post completion of intervention. Tinnitus matching was carried out by presenting pure tones at 1 kHz in the contra lateral ear at 10 dB sensation level. Approximate match of the tinnitus frequency was obtained by varying the frequency of pure tone. Subjects were then presented stimulus at 10 dB below the hearing threshold levels at tinnitus matched frequency and increased in 2 dB steps till a closest intensity match was achieved. Maico (MI 34) middle ear analyzer was used for tympanometry and reflexometry to rule out middle ear pathology. Discomfort caused by tinnitus was also assessed on a visual analogue scale from (0-10), 0 being no discomfort and 10 being extremely detrimental. The values were further divided into three types; 0-2 mild; 3-6 moderate; 7-10 severe. Moreover, Tinnitus handicap inventory was also administered8 and the scores were divided into five categories: 1-slight; 2-mild; 3-moderate; 4-severe; 5-catastrophic. 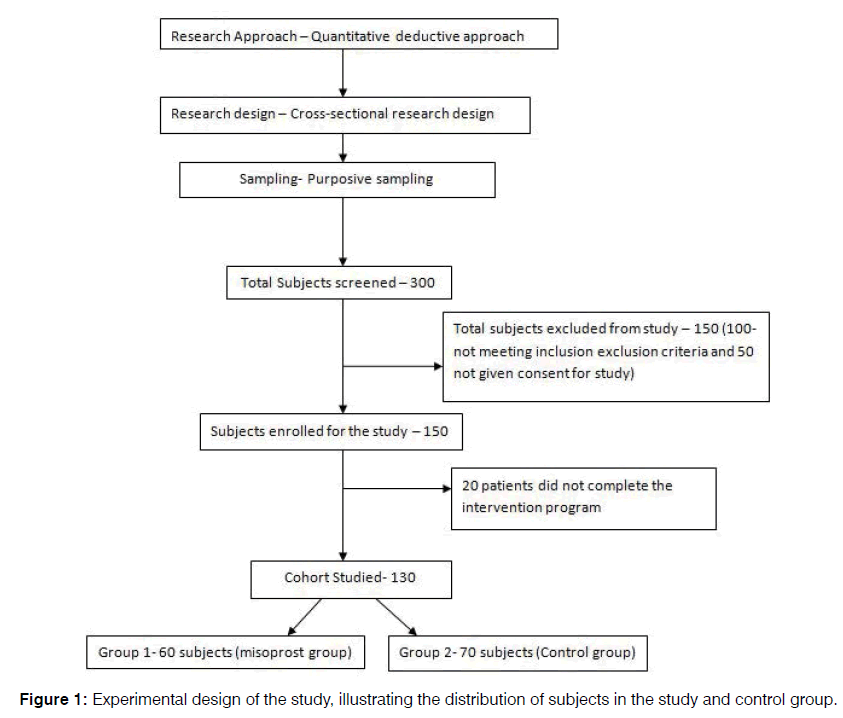 Figure 1: Experimental design of the study, illustrating the distribution of subjects in the study and control group.

Therefore, a total of 130 subjects were analyzed in the study. An independent researcher, who was blinded to the study, performed the randomization of subjects into two groups with the approximate ratio of 1:1. Group 1, misoprost group (60 subjects) received 200 μg per day of misoprostol orally after meals for each week and increased each week by 200 μg till the dosage of 1600 μg was achieved which was continued for next 3 months and Group 2, i.e., Control group (70 subjects) received the 200 ug/day orally of placebo tablets which was continued for 3 months for both groups.

First follow up was scheduled at 1 week following treatment initiation, and subsequent follow ups were conducted every 4 weeks till 3 months. The subjects were also advised to report immediately in case of any adverse events.

Post-treatment (3 months) audio logical assessment comprising tinnitus loudness and pitch matching, along with tinnitus handicap inventory and visual analogue scale was carried out. Improvement was considered positive if after 3 months of treatment there was a decrease in tinnitus loudness by equal or greater than 3 points on visual analogue scale or reduction in tinnitus intensity by 15 dB or more from the initial baseline assessment or reduction of at least 7 points on tinnitus handicap inventory [9]. Tinnitus frequency was not considered a parameter while considering improvement as the research has repeatedly revealed that tinnitus frequency varies tremendously from subject to subject across time [5].

Table 2: Comparison of clinical characteristics of tinnitus between study and control group [N= number of subjects].

Pre-treatment tinnitus characteristics of the two groups were as follows: mean tinnitus frequency of misoprost and control group in the right ear was 4102 Hz and 3579.71 Hz respectively and in the left ear 4996 Hz and 3965.22 Hz respectively; mean loudness match in the right ear 32.83 dB and 39.85 dB respectively and in the left ear 46.90 dB and 42.78 dB respectively (Figures 2 and 3). In the misoprost group, there was a statistically significant difference between the pre and post-treatment in terms of the tinnitus frequency as well as loudness for right as well as left ear (p<0.001). However the changes in tinnitus frequency as well as loudness pre and posttreatment were not statistically significant in the control group. The improvements in tinnitus scores on THI as well as VAS were also found to be statistically significant in the Misoprost group (p<0.001). However, no significant difference was observed on THI and VAS score of the control group (p<0.059, 0.061) (Table 3).

The results of our study showed a greater number of males inflicted with tinnitus in both groups (56.7% in group 1 and 60% in group 2). These findings are similar to those noted in literature and may be attributed to occupational and recreational hazards being more predominant in Indian men [10-13]. In the present study, most of the subjects had abrupt onset of tinnitus, in comparison to previous literature documenting subjects having gradual onset [14]. Majority of study population had abrupt onset of sensori-neural hearing loss as well as tinnitus, the mean duration of tinnitus onset was found to be less than a year in the present study. Tinnitus was predominant in left ear, the results are in concordance with the previous literature [15,16], further strengthening the observation that right-sided efferent system is more robust than its left counterpart. Tinnitus was predominantly high pitched in both the groups, and the findings are in agreement with those in the previous literature [15,17]. These findings suggest that damage of hair cells at the basal turn of cochlea may be underpinning the tinnitus [18,19]. The evidence that Prostaglandins (PGs) might be responsible for tinnitus also gets strengthened from the findings of the present study. Misoprostol (synthetic PGE1), a drug commonly used for gastrointestinal disorders and to induce labor, when administered to the tinnitus group may have resulted in alterations in the tinnitus frequency as well as tinnitus loudness in significantly large number of subjects, as proclaimed in the literature [7].The scores of tinnitus handicap inventory and visual analogue scale also showed a significant positive change between pre and post misoprost treatment, which was not reported by earlier researchers.

These changes may act as evidence for effectiveness of misoprost treatment in tinnitus subjects. Findings also indicate that synthetic prostaglandins (misoprost) may be clinically useful in alleviating tinnitus. Prostaglandins are known to enhance cochlear PG levels which in turn alter the cochlear biochemical properties and bring them closer to those of the normal [7]. Our results are in concordance with the findings of Briner et al., who conducted a blinded, semi-crossover study along with a placebo group [7]. Their results revealed a 33% improvement rate in tinnitus postmisprostol treatment. The subjects also reported an improvement in sleep and reduction in tinnitus severity. Yilmaz et al., also conducted a double blinded study, and reported significant differences in the improvement rates of tinnitus loudness between the experimental and placebo groups [5].

In a subsequent double blinded, placebo controlled randomized study; misoprost was administered on tinnitus subjects, having hypertension and/or diabetes. Their results also showed decrease in tinnitus loudness in statistically significant (46%) number of subjects in the experimental group, however significant differences were not reported on subjective tinnitus scores [2,6].

The tenacity of present study is that, we have included a large sample, with well-matched tinnitus characteristics and homogenous hearing status between both groups. Furthermore, misoprost treated subjects of present study have still showed a significant decrease in tinnitus loudness in 33.3% and 41.6% for right and left ears respectively, as well as significant change on subjective tinnitus scores. This strengthens the belief that misoprost treatment may provide significant relief from tinnitus. In conclusion, it can be said that misoprost may provide benefit to the tinnitus patients with sensori-neural hearing loss and no associated co-morbid disorders, but more randomized controlled and long term studies are needed to confirm these findings and delineate any associated side effects of misprost to tinnitus patients.