Introduction: Sudden sensorineural hearing loss (SHL) has uncertain origin and evolution. Vestibular evoked myogenic potential (VEMP) estimates of the vestibular pathway that can not be analyzed by the other entrance examinations, which can be helpful in diagnosing the extent of hearing damage in these patients.

Objectives: To investigate the clinical applicability of VEMP in patients with SHL. Methods: This is a systematic review. Searches were conducted in the databases PubMed/Medline, SciELO and LILACS. Data were tabulated.

Results: We found 45 articles, 15 of these made up the study by fitting either the inclusion factors. The objective of 60% of the studies was to determine whether the VEMP can be used as predictive hearing recovery Conclusion: VEMP may be useful as hearing recovery predictor in patients with sudden sensorineural hearing loss, justifying the implementation of such examination in this population.

Sudden sensorineural hearing loss or sudden deafness is characterized as a hearing loss of abrupt onset, usually unilateral, with no known cause. May be impairment of the inner ear and/or central auditory pathways, intensity and variable frequencies, ranging from mild ear fullness to total hearing loss, which is accompanied by tinnitus and dizziness in approximately 80% and 40% of cases, respectively [1-3].

It’s an emergency in otology and affects mainly the fourth decade of life and affects 5 to 20 people out of 100 thousand individuals per year and it is estimated that there are about 4000 new cases per year in the United States and 15,000 worldwide, with equal distribution in relation to gender [4-6].

They are hypotheses to explain the etiology of sudden deafness as the vascular hypothesis, viral hypothesis, the autoimmune hypothesis and the membrane rupture hypothesis. However, the current trend is to consider the sudden hearing loss as a disease of multifactorial etiology [1].

The Vestibular Evoked Myogenic Potential is an electrophysiological test that evaluates the goal via spinal hall. The eliciting stimulus can be audible (click) or galvanic, activating the saccular macula and triggering the reflex pathway lowest labial nerve, lateral vestibular nucleus, spinal tract hall and finally ipsilateral motor neuron, being picked up by surface electrodes arranged on the sternocleidomastoid muscle [7,8].

The history of this examination is relatively recent as though their first date back to 1964 reports, only in 1994 were published the first studies suggesting clinical application for Evoked Myogenic. The number of publications has increased considerably since 2000. Currently its route and method are well defined and the latter studies devoted to clinical applications [9].

For review of the vestibular pathway that cannot be analyzed by the other entrance exams, the exam has been gaining attention in the labial battery evaluation. Despite this, few studies have been published focusing on the Vestibular Evoked Myogenic Potential in inner ear disorders such as sudden deafness [10].

The aim of this study was to investigate the clinical applicability of Vestibular Evoked Myogenic Potentials in patients with sudden sensorineural hearing loss.

This is a systematic review that followed the precepts of the Cochrane Handbook [11] as the formulation of the question, location, selection and critical evaluation of the articles. The research was funded by the following question: “The Vestibular Evoked Myogenic Potential is useful in the diagnosis of patients with sudden sensorineural hearing loss?”

Searches were conducted in the databases PubMed/MedLine, SciELO and LILACS.

In the LILACS and SciELO database, we used the indexed descriptors Descriptors in Health Sciences (MeSH), according to the following strategy: Perda auditiva súbita AND Potenciais evocados.

It was considered as inclusion criteria articles in English, Portuguese or Spanish, published in the last two decades that associate sudden sensorineural hearing loss and vestibular evoked myogenic potentials. Was excluded from letters to the editor and duplicated text.

Abstracts of pre-selected articles were assessed by two reviewers, were selected for analysis those correlated descriptors. Where there was disagreement, a third reviewer was triggered. 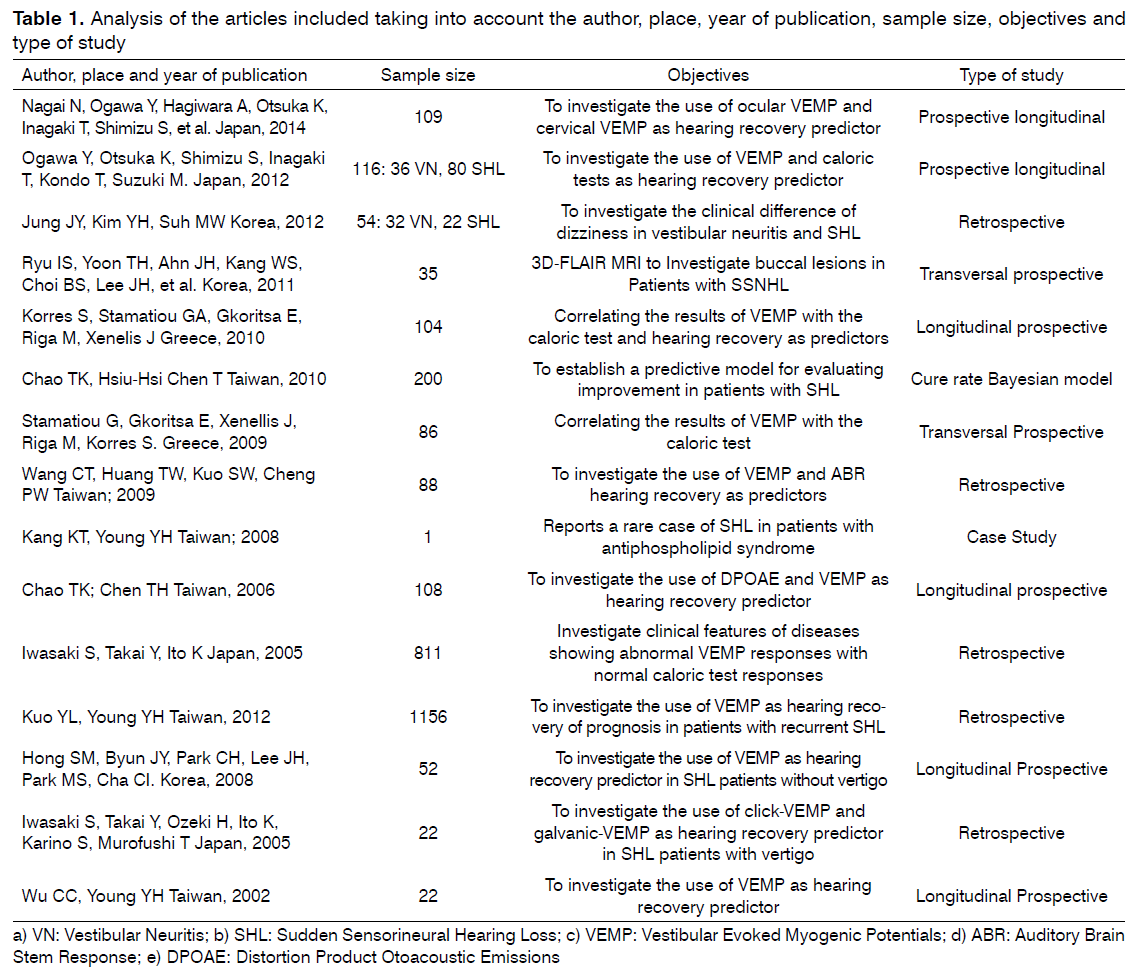 Table 1: Analysis of the articles included taking into account the author, place, year of publication, sample size, objectives and type of study .

The 45 articles found, 11 were excluded due to language, to be present at duplicate or not correlate the descriptors. The abstracts of 34 articles were analyzed. Of these, 15 articles were included in the study by fitting either the inclusion factors (Table 2).

Table 2: Distribution of articles according to the research strategy.

The objective of 60% of the studies was to determine whether the Vestibular Evoked Myogenic Potential (VEMP) can be used as a predictor of hearing recovery in patients with PANSS [10,12-16,19,20,23]. Of these, 67% found a positive relationship between the presence of VEMP and the degree of hearing recovery [10,13,15,19,20,23]. Others studies despite having different objectives pointed VEMP as helpful tool in the management of patients with sudden sensorineural hearing loss [17,18,21,22,25].

Among the studies that have investigated the use of objective tests in the management of patients with PANSS some noteworthy.

Study conducted in Japan, with 22 patients with PANSS and single episode of vertigo, revealed that 77% and 45% showed VEMP and caloric test changed, respectively. The authors suggest that the sacculus is most often struck in the case of the PANSS the horizontal semicircular canal function and its afferent. They add that the creation of the VEMP associated with caloric test is useful in the evaluation of these patients as they relate to the degree of hearing recovery [23].

Prognostic factors of patients with PANSS and worse hearing threshold than 70 dB, and its relationship with hearing and vestibular tests were investigated. VEMP and ABR were positively correlated with a better prognosis, reaching 64% of full recovery in patients with hearing severe hearing loss [20].

Trying to minimize the uncertainties surrounding the hearing recovery of patients with sudden sensorineural hearing loss was developed a predictive model of evolution by reference audiological tests (audiometry, DPOAE, VEMP and ABR) and other variables considered as prognostic factors. The authors conclude that this is a useful method, however, point out that should only be used if the therapy used is the same adopted in the study [25].

Many studies have sought to elucidate whether the Vestibular Evoked Myogenic Potential can be a useful predictor of hearing recovery in patients with sudden sensorineural hearing loss, which is a positive relationship in most of them, justifying the implementation of such examination in this population.